Home » Boyfriend » Why Leaving a Narc. is Difficult 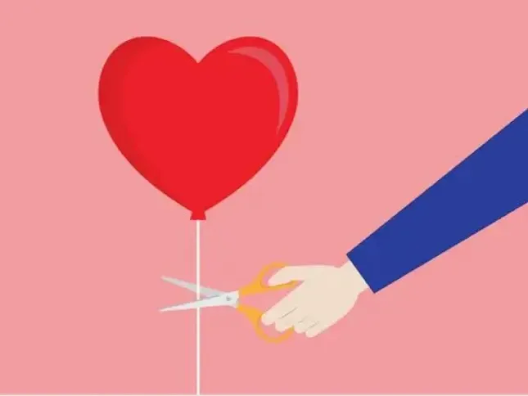 I hardly open up to details of my relationship. But when I go on, the one question which everyone asks is, “what took you so long?”.  The average understanding of these narcissistic relationships is really low. The reason for being in it for so long is not a simple answer. My own shortcomings, past, my nature, me trusting her blindly, Love, etc, etc.  But why I ended up leaving was due to being in a place of forever frustration, exasperation, fear, confusion. These are not healthy states to be in. And this as well was addressed by my doctor. As I was in denial that I am in this state because of the woman I love and stay under the same roof with. Whom I share my bed with and to whom I am committed for life.

Ending a relationship is difficult. If both of you are healthy individuals then maybe both of you can acknowledge it and end it amicably. Both of them will feel the hurt, pain but then would somewhere be thankful to each other for all the good times. But in a narcissistic relationship, by the time you get to this self-realization that this needs to end there have been lies, deceit, anger, rage, etc. Probably, every single negative situation you can think of. The biggest problem with me was my “never quit” nature towards everything in life. I was so committed to my relationship that I told myself, “I can fix this”. I tried everything in my power to save it. I tried to talk, reason, tried to convince her to try and show her the error of her ways but obviously, nothing works with such individuals.

But the biggest fear I had was none of the mentioned above. The fear I had which kept me in this abusive narcissistic relationship was this idea. The idea is that the minute I leave this relationship, my narcissistic partner will change and become a better person whom she will date next. This myth I was living in was the one, my doctor broke. She told me, why the hell would she change. The next person whom she will find and 99% chances are she already has,will go through the same phases you did. The best you can do now is send them a condolence card. Plus, if for 1% she does change, she is not changing for you. So why care. Furthermore, relationship for narcissists is very superficial thing. She would trade into a new one very quickly.

The problem with healthy individuals is that leaving a relationship, even though it was confusing and abusive that meant something is difficult. Our roots went deep. So, it takes a while where you can fix yourself and enter into a new relationship. Narcissists, BOOM! .  They will replace you in no time. Some might hide it for the fear of shame because of their own reputation. But her new supply partner was well-groomed and your place has a new successor. This is also a reason why my Doc. advised me not to do any spying on her as it will be very destabilizing for me. And I trusted her, so never did. Finding it out would hurt me even more. If she had started dating when I was around, it will jolt me to the core. And if after me then it means she moved so damn quickly. In either of the cases, I was the one going to lose. So, I never played to find out.

But then when people in a narcissistic relationship want to end, all of a sudden the narcissist gets interested again. They would try and go back to the love-bombing phase. This is called, “Hoovering”. To protect me my doc. asked me to block her and no matter what happens do not engage. I said she is my wife, what if she needs something?. My doc. said if she needs something she will send a message and If you think she has no way to find and reach you, you are so wrong again. And that’s exactly what happened when she wanted something. Basically, Hoovering is actually sucking someone back into the relationship. They will call and might send messages like, “Baby, I miss you”, ‘I did not realize how great we were together”, etc etc. Basically, they know exactly what they never told you. They will say everything you wanted to ever hear them say. So unless you have nerves of steel which clearly I did not have, thanks to my doc. again. You will fall back again and it’s a rabbit hole.

Many will say, OK, let’s talk about it. And the narc. might act differently for some time but sooner or later you will realize it’s just LoveBombing Part 2.0. You are in this vicious cycle which makes it absolutely difficult to get out from. You are that mouse on a hamster wheel. Love-bombing, discard and cycle starts again. So when you do leave, hoovering might happen. Not always but it might. Expect that you would be traded quickly. You will be replaced pretty fast and it can hurt pretty bad.  But if you are married to them like I was, expect it to become really messy really fast. A messy divorce, Messy cutting up the assets, etc. They may also start enlisting flying monkeys. Flying Monkeys is basically a term used for your mutual friends, relatives whom they start to turn against you.  This work sometimes as many won’t believe but it can actually traumatize you. As you are the one who actually took a stand but people really don’t know you well they might be able to mobilize them but for the ones who know you, it’s a bit harder. I had to part ways with my school friend whose wife was mine’s colleague in the same bank. Had to take that call as they would have asked questions and told things that I had no power to listen to or answer.

But leaving a narcissist can be dangerous as well. They are revengeful and very vindictive human beings. I remember my wife telling me when I told her dad about me catching one of her lies, “do you think this will not have any consequences for you ?”. You reading this article, I am thinking you are a healthy individual, can ever tell your partner to face consequences if they catch you lying?? . Instead of being sorry or giving an explanation, I was threatened as my complaint had put a dent in her image of a perfect daughter and wife. The day you decide to leave it might affect their ego, they might have made a plan, all sort of things really. I remember her hating so many of my things but she never returned them. Not because she has built a liking for them overnight, it’s because I should feel hurt in a way. It should make her feel that she has won. All through my therapy, I was brought back to reality. It took me almost 9 months to get convinced that she will not change and I have to accept it and tell my parents. It’s a slow process to extricate from these relationships.

So; It’s going to be messy, painful. No matter they replace you quickly, a painful divorce or whether they started to stalk you after, bother you through social media. Most of the time people have to block them as they just don’t stop. The biggest problem is most of your family members, friends, courts, lawyers don’t get this. I remember being told multiple times to sit across the table and I was like, she won’t come to the table and it won’t work. I wish I could educate them all on this subject. But what if the Narc. decides to leave you. My doc. was so smart that she made me leave her but we gave her an impression that she is leading it. When the narc. decides to leave, you are actually pretty lucky. Got saved! . But you don’t feel that way. You will feel that you did everything for this person and they still got balls to leave me. You can have the feeling of abandonment. But what you need to understand is that the relationship for them is superficial. And it’s a blessing in disguise. You deserve someone better. Even being single is much healthier than this .

They usually go a step down than you as you gave them all. But they will trade you for someone younger, maybe richer, they met someone at work, etc. Always remember that if your narcissistic partner is willing to leave, it means someone is waiting in the wings. Most of these narcissists like to have the cake and also eat it. If she is married, like in my case; she wanted to lead a life of a single woman. Solo trips, ladies nights, etc, etc.  In others maybe have an affair at work and make it all work. And when caught it becomes messy with no remorse. If you are especially married and not aware of this phenomenon it can destroy you. Please remember your lawyer won’t understand it therefore his ideas won’t work. For a narcissist, you going out of control is a declaration of war. They will try and take everything from you. You’re assets, money, even kids if you have just for an ego boost.  But there is no time to scream for you. Very patiently you need to start preparing for this. Get your act right and convince them to a bare minimum. In my case, I never mentioned one bank account to her ever. Showing what I had in my bank account which was in her bank only saved my arse. She had taken a lot in kind and this was the only thing I could save and I did.

For kids, most courts in the world try and avoid joint custody. They would want to fight for them. The narcs will fight hard for them not because they love them. It’s only to stick it to the person who is leaving them. Luckily, I had none so got saved. But you take care and remember to look for these red flags early. I like many was not so lucky. Fell in love and got ass kicked but who said, love doesn’t hurt. Dealing with these individuals require different education and I am trying to do my bit. Hopefully, you all find true healthy love and have your happily ever after.